Did You Know Your Kids Can Bowl For Free With This App? Here’s How it Went With My Toddler 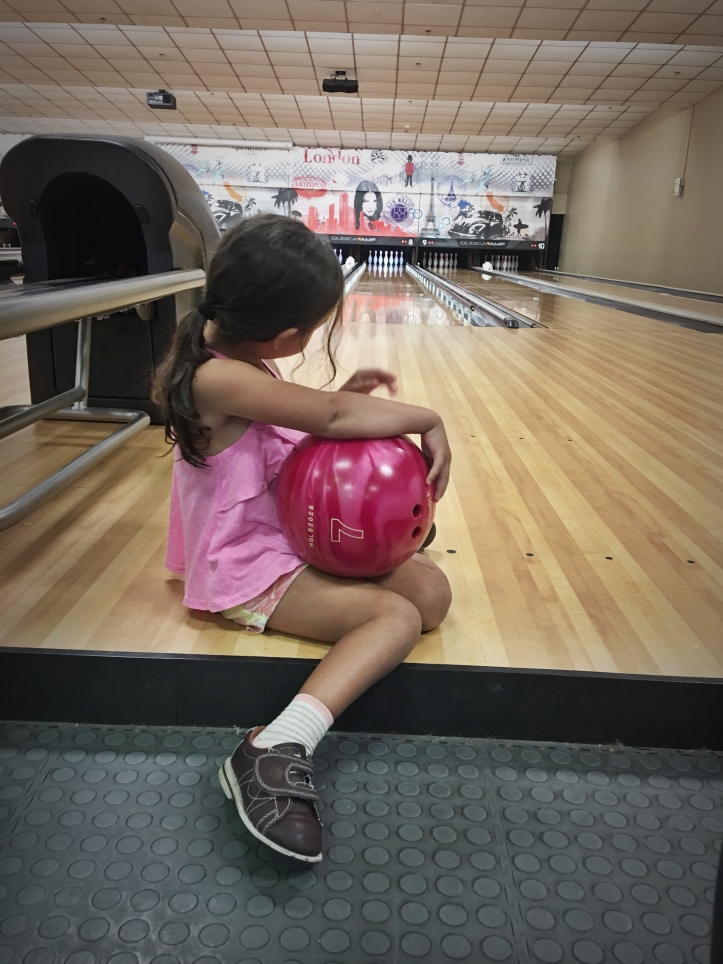 We were on our way to the bathroom-less splash pad so a pit stop was essential; but then when walked into one of the nearby buildings there was a bowling alley so naturally that made her want to go bowling. I tirelessly explained to my three-year-old that we could not bowl without socks, we had swimsuits, and she had been anxious to swim moments earlier. To get us happily in the direction of the splash pad, I told her we’d come back to the bowling alley when we had socks. So we did.

When we returned to the bowling alley I was asked, “do you know about the kids bowl free program?” I didn’t and the gentleman explained that I just needed to register on the website and download an app for the daily coupon code. For each child you register, they get up to two free games a day from now until the end of the program. Adults pay a reduced charge or they can pay $30 up front to get free games along with the kids for the rest of the season. The app is called KBF (kids bowl free). It didn’t take long and my daughter and I bowled for $3 total.

So how did it go? At first, it was adorable. She was so exited and she dropped that ball and watched it meander slowly down to the pins. As some of the pins went down she jumped and whopped and cheered, “yeah!” I thought we were going to have a lot of fun, Until the meltdowns began. In all fairness, I brought her after she had spent a couple hours at the splash pad. She was tired. I wasn’t surprised. She wanted to handle the ball all by herself. She was struggling with it. I was trying to help her. She was frustrated. She ended up dropping the ball on her foot, which made us both very sad. I finished the game by myself and gave her my phone with a cartoon to diffuse the drama.

Okay so that was too bad. But, it was a free game. If you think you want to try bowling with your kids, this is a great time while it’s free. If your kids are older than mine, it will probably be easier. I am also curious to see if my daughter will enjoy it more another day when she’s not so tired and maybe forgets about dropping the bowling ball. Also note, they didn’t have any bowling balls under 6 lbs so it may be an ambitious activity for a toddler (especially one that fights you to let them do everything themselves). With an easy going toddler and some bigger kids, it’ll likely work better.

But if it doesn’t, it least it’s free.

I cannot believe July is almost over and I haven’t posted anything since June. I think that is a true sign of being in the throws of the doggiest days of summer. Several of my vegetable plants called it quits while others are just getting started and others are trucking along just fine. I still […] 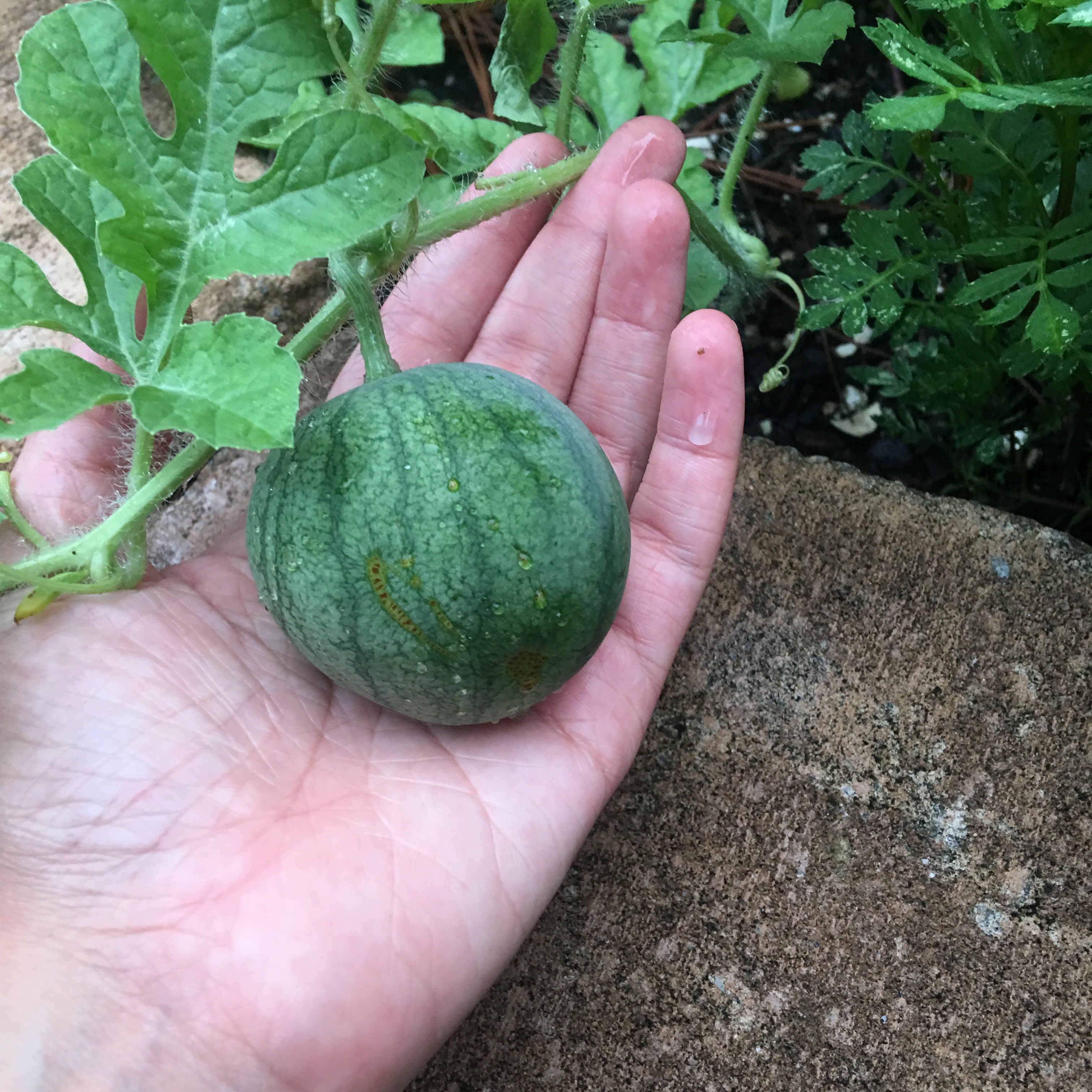 Every morning I observe the watermelon’s growth. It’s so rewarding watching it grow from seed to table.

I wonder how many watermelon I will get from my 25 cent investment? 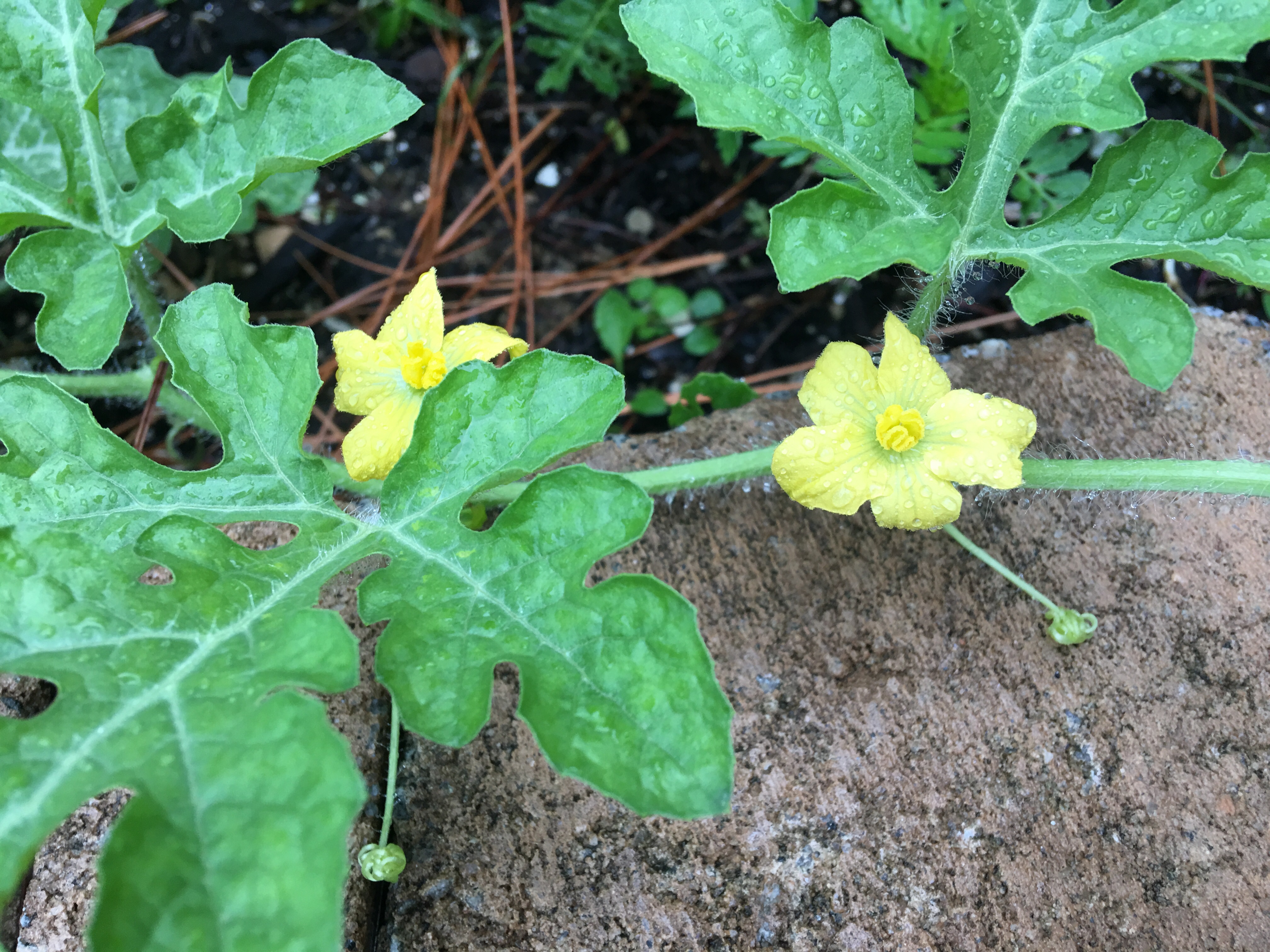 For this week’s update I decided that rather than showing you the full garden tour (see last tour here) I will show you some big highlights. Our sugar baby watermelon plant has flowers! Grow watermelons grow! A salad pot of Arugula, lettuce, and chives is sprouting what will be “cut and come again” salad! Since […]

This week’s garden video is brought to you on Youtube! See my latest video! I’m slowly but surely learning videography and enjoying the process. I could’ve waited to achieve perfection making this video but then you wouldn’t get an update this week. Informal it is! I hope you enjoy seeing what’s growing (and what’s not) […]